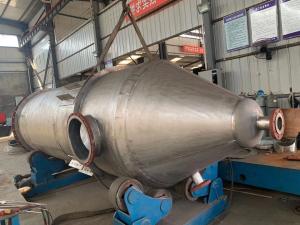 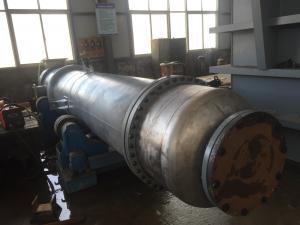 In the two seawater desalination methods that most widely use titanium equipment, both achieve multi-stage flash evaporation (rapid evaporation) and evaporation with an increase in steam pressure again. One of the inherent advantages of multi-stage flash equipment is that its heat source can come from the airflow discharged from the power plant; combining it with waste heat can maximize production efficiency and minimize the production cost of pure fresh water.

In the multi-stage flashing equipment, there are three main heat exchange sections. The first is the heat removal part, which uses the introduction of untreated or chloride-containing seawater as a cooling medium. Generally speaking, the temperature of the metal is about 40°C, and its state is similar to the condition of the surface condenser of a power plant. Even if part of the pipeline is blocked, titanium has the necessary erosion resistance and impact resistance, and is not affected by the ammonia and hydrogen sulfide contained in the untreated seawater. It is reported that the Al Jobail desalination plant uses titanium pipes with an outer diameter of 36mm, a wall thickness of 0.7mm, a length of 3,612,000m, and a weight of 1,400 tons in this part.

The second part is the seawater heater, which bears the highest temperature; and calcium carbonate slag scales are often deposited inside the pipes of this equipment. Therefore, some seawater heaters are equipped with devices to remove scales, or preventive treatment measures have been taken; in the past, acid injection measures have been used, but this is rarely the case at present. Titanium alloy has high resistance to reducing acid (chloride) corrosion, and the formation of scale deposits can be controlled by injecting acid solution when heating sea water. In this case, the seawater temperature can be increased to the highest (120°C), thereby improving the thermal efficiency of the equipment.

The third part is the heat recovery system, the operating temperature of which is at least 30°C higher than the operating temperature of the heat removal system. In addition, seawater contains some oxygen and carbon dioxide. They can cause harm to copper alloys at relatively high temperatures and for a relatively long period of time, but they will not have any adverse effects on titanium. According to statistics, from 1993 to 1994, the Al Taweelah seawater desalination plant used titanium pipes with an outer diameter of 34mm, a wall thickness of 0.5mm, a length of 2.23 X 106m, and a weight of 556 tons in this system. 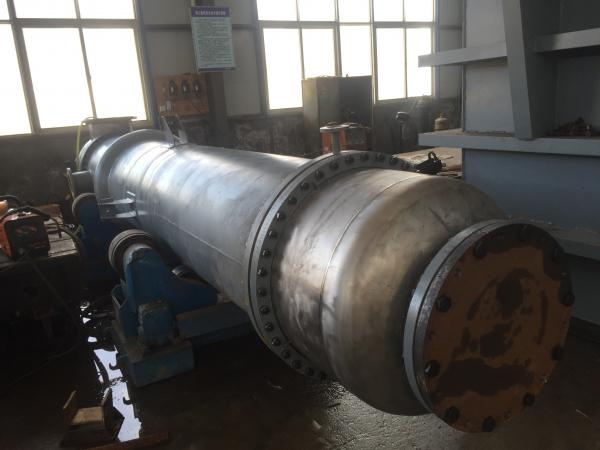