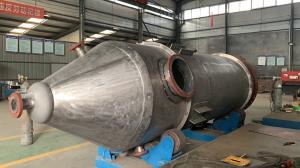 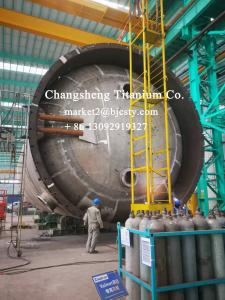 In the mid-1960s, all the heat exchangers of the 1.5 million gallons/day multi-stage self-evaporation equipment of the St. Croix desalination plant in Virgin Islands used titanium tubes, thus overcoming the existence of copper alloy heat exchangers. Corrosion and many other problems; in the 1970s, factories such as St. Croix and Al Joubail used 5.7 million meters of thin-wall welded titanium pipes, and the top temperature of the seawater heater reached 140°C. Statistics show that in 1995, more than 14 million meters (4,250 tons) of titanium pipes were used in seawater desalination equipment throughout the world. The devices made include evaporators, condensers, air jet pump condensers and other heat exchangers.

In terms of material types, the most widely used industrial pure titanium is ASTM Grade2. The higher temperature seawater heater uses Grade 7 or Grade 12. Grade 16 (Ti-0.5% Pd) has higher corrosion resistance, but the cost quite expensive.

In today's world, the environment has become an increasingly important issue. The continuous corrosion of copper-based alloy heat exchanger tubes and the discharge of copper ions into the wastewater will eventually cause serious losses to the desalination plant and deteriorate production conditions. It is especially worth noting that copper pollution causes reactors (PWR) and boiling water reactors (BWR). Have brought particularly troublesome problems. In the PWR steam generation pipeline, copper deposits cause local depressions and blockages, and the local increase in flow velocity causes rust damage to the pipeline. In BWR, the copper deposits on the zirconium rods in the reactor cause hot spots and cracks, causing radioactive materials to enter the water vapor, and the consequences are disastrous. If you replace copper with titanium, these problems will be solved.

Facts have proved that, compared with the traditional heat exchanger structure, the pre-processed titanium heat exchanger has outstanding advantages. It reduces the time the equipment is in a stagnant state and work interruption, and even creates unexpected miracles. The titanium heat exchanger can be freely designed into a group or a group, thereby limiting or even minimizing vibration and promoting the optimization of thermal performance. The new tube-sheet and support plate structure makes it possible to use thin-walled titanium tubes. As a result, the heat transfer efficiency is higher, the cost is lower, and galvanic corrosion is limited. There are reports that after the use of titanium condensers, the power industry's productivity has increased by about 3%-4%.

As we all know, in aggressive media, the stable titanium dioxide film formed on the surface of titanium has excellent corrosion resistance. The thin film formed on the weld or the matrix exhibits the same corrosiveness regardless of whether it is in the weld or the thermal expansion zone. If the oxide film on titanium is damaged, it will be directly repaired by moisture or cold water.

For various stainless steels, dimple corrosion is an old problem that is difficult to solve; and titanium is not only not affected by dimple corrosion, but also has immunity to microbial corrosion. Undoubtedly, for the heat exchangers and other equipment of seawater desalination plants, this characteristic of titanium is very important. Titanium pipes can meet some mechanical performance requirements with their minimum wall thickness, and are in isothermal methods. It is also very good.

Under the action of cavitation corrosion, the flowing water causes the impact damage of the heat exchanger pipe, which in some cases will cause long-lasting troubles for the operator, especially when copper-nickel alloy pipes are used. When the seawater flow velocity does not exceed 30m/s, the use of titanium pipes to solve this problem can achieve satisfactory results. Compared with other metals and alloys, the presence of sand and other powdery substances has a relatively small impact on titanium erosion. The specific figures are as follows:

In addition, facts have proved that industrial pure titanium such as Gr1 and Gr2 has special resistance to stress corrosion cracking in natural water, seawater and various chlorides.

In the titanium seawater desalination equipment with a seawater flow rate of 3m/s-5m/s, the biological fouling phenomenon is the slightest, and the fouling coefficient of the titanium heat exchanger is about 0.99-0.95. For the condenser of a power plant , The retention and cleanliness factor of titanium is 0.90, while that of copper alloy is 0.85. The results of tests conducted in various environments show that it is reasonable to use a cleanliness factor as high as 0.97. It has been found that in static or slow-moving water, a biological contamination layer will appear on the surface of titanium; however, unlike some other traditional corrosion-resistant alloys, titanium maintains the integrity of the oxide film layer, making it basically not damaged by corrosion; it is especially important that this oxide film has the ability to resist the adhesion of deposits, thereby reducing the difficulty of cleaning.

Practice has proved that different seawater desalination equipment configurations can significantly affect the control of crevice corrosion and galvanic corrosion. A device uses parallel or longitudinal water flow. This design requires a long pipe (more than 15m). The seawater temperature reaches 130°C. The material of the titanium pipe used is Gr7, Gr12 or Gr16. On the contrary, the horizontal flow equipment only in the heating part (or) the second and third evaporation sections at the front are titanium tubes with higher corrosion resistance. In addition, titanium itself does not require the use of additives, coatings, sacrificial anodes, or applied current cathodic protection for corrosion protection. In the tube-sheet type or water tank type mixed metal heat exchanger, materials with weaker corrosion resistance are required. 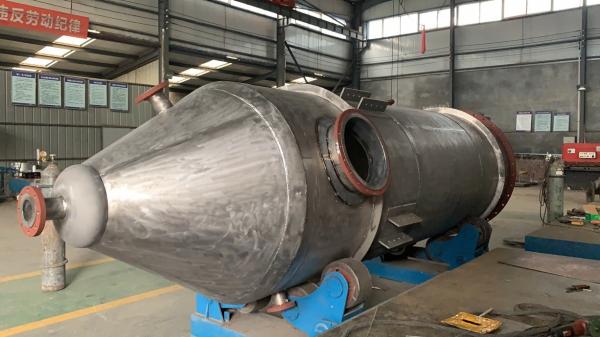 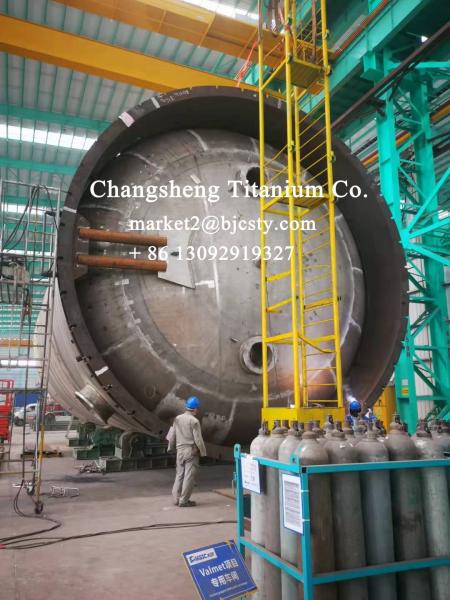